Dr. Urs Herzog about social commitment and the protection of children against the Polio disease 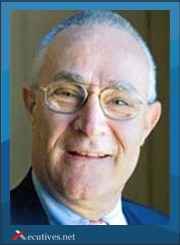 Associate Professor Dr. Urs Herzog is a Swiss doctor and surgeon. As a governor of the Rotary Club, which was founded by Paul Percy Harris in 1905 and today has more than 1.2 million members worldwide, he was responsible from 2007 to 2009 for the fortunes of his district as one of the three highest-ranking Rotarians in Switzerland. Together with Rotary, Urs Herzog has been fighting polio for decades all over the world. In an interview with Xecutives.net he tells us how and why Rotary has been fighting this disease since 1985 and reports on the goal of eradicating the disease throughout the entire world by 2018 – with End Polio Now, a joint project of the Rotary Club, the Bill & Melinda Gates Foundation, WHO, UNICEF, the Center of Disease Control (CDC) and numerous national organisations, including in Switzerland. Xecutives.net supports End Polio Now and wishes with this interview to draw attention to a social commitment that above all helps to protect children against a very cruel disease.

Xecutives.net: Dr. Herzog, you have been a doctor and surgeon all your working life and have been dealing with polio for many years on account of your job and your commitment as a Rotarian. What is polio and what effects did this disease have, including in Switzerland, until not so very long ago?

Dr. Urs Herzog: I am engaged in the fight against polio, including with the Rotary Club, because I contracted polio myself as a child. In the context of my work for Rotary in recent years I have concerned myself intensively with the disease and its progress as well as the fight against it all over the world.

Polio is a viral infection and progresses in about 90% of cases without symptoms. In the remaining 10%, influenza-like symptoms occur, with fever, diarrhoea and vomiting. However, only about 1% of all people infected with the virus actually fall seriously ill. The virus attacks the central nervous system. It blocks the nerves that send impulses to the muscles. That can lead to paralysis in human beings. Polio is incurable. One can only treat the various symptoms of the disease with medicines. Once you contract polio, you have it for the rest of your life. That’s what makes the disease particularly insidious, because polio can simply recur at any time in one’s life and cause symptoms, although those people who have the disease are then no longer infectious. We are talking here about post-polio syndrome.

The disease can affect the respiratory muscles, which in extreme cases leads to death by asphyxiation. That’s why people with polio used to be placed in a so-called ‘iron lung’. Respiration took place by machine until the respiratory muscles were able to resume their function. Younger people today no longer know what polio actually involves and the bad effects that it can have. That’s why one of Rotary’s biggest concerns is continually to educate people about the illness. The last big epidemic in Switzerland, and Central Europe in general, raged at the end of the 1950s. The oral vaccination made its first appearance at that time. Today the illness is regarded as having been eradicated in most countries thanks to state-aided vaccination campaigns.

Xecutives.net: Polio is also regarded as having been eradicated in the western world many years ago thanks to the dedication of the Rotary Club. How was that result achieved? How much has the Rotary Club donated to the eradication of this disease up to now?

Dr. Urs Herzog: The polio vaccine was developed in the 1950s by Messrs Salk und Sabin. Soon after that the vaccination was adopted as part of the routine vaccination programme of most countries. As a result, freedom from polio was achieved in large parts of the world. In Africa and Asia, however, owing to a lack of money and education, that has not succeeded everywhere. Rotary ran the first very large campaigns to encourage public donations in 1985. Over 120 million dollars were collected. However, money alone is not enough to combat such a disease. In 1988 Rotary, WHO and UNICEF decided to address polio as a target disease supported by the CDC in the USA. The latter succeeded in analysing polio’s “genetic fingerprint”. For that reason, when a polio case occurs today, we can state exactly where the virus originated. In 1989 the Bill & Melinda Gates Foundation also joined in the fight against polio. That resulted in the founding of the GPEI (Global Polio Eradication Initiative). UNICEF makes an important contribution to the fight against polio. It is responsible for all the logistical planning of the vaccination programmes, which represents a considerable challenge.

Rotary itself donates money, together with many others, and is represented all over the world as a religiously neutral organisation. Information is given continuously and education work done on the front line. I myself was in India in spring 2014. The vaccinators and educators are out and about with their yellow caps, the sign of a vaccination day. 90 million people are vaccinated on one day in India! The vaccinators visit the worst slums in order to immunise children against the disease. To date Rotary has contributed around 1.2 billion dollars to the fight against polio and we co-operate very closely with the Bill & Melinda Gates Foundation. It has agreed to top up the donations from Rotary – in fact to treble them in the current programme. Other institutions are also donating, however, for example, the World Bank and the Arab Bank, as well as many other institutions and companies. One should also consider the many states in which vaccination takes place. Vaccination campaigns would not be possible at all without their logistic and financial support.

Xecutives.net: Today there are still three countries in which cases of polio occur: Nigeria, Pakistan and Afghanistan. Why has this cruel disease not yet been eradicated in those countries and what remains to be done there?

Dr. Urs Herzog: In particular people from Muslim countries were initially very sceptical about the vaccination. Rumours were circulating that the western world wanted to injure Muslims with additives in the vaccines. Therefore it is important in those countries in particular that people and institutions in Muslim regions take an active part themselves in the vaccination campaigns. However, many wars have made complete vaccination impossible in certain parts of the world. Consider Pakistan, Afghanistan and Nigeria. Its often very difficult to reach people with vaccinations at all. Just think about desert areas or nomads who are constantly on the move. The vaccine cannot be any warmer than 8 °C at the time of vaccination, otherwise it becomes useless. However, necessity is the mother of invention. In Afghanistan, for instance, vaccinations are carried out in certain valleys that become narrower and lead to a barricade. Those who refuse to be vaccinated may not pass through the barricade. Such approaches are only possible, however, if the local authorities are informed and take a positive attitude towards the vaccination campaign. The intention now is for all cases of polio in the world to disappear by 2018. To achieve that, financial expenditure of around 1.5 billion francs is still required. It should now succeed, with all the people involved in End Polio Now.

Xecutives.net: A concert will take place in 2015 with the aim of drawing attention to End Polio Now. This concert at the KKL (Lucerne Cultural and Congress Centre) with the well-known conductor Giovanni Antonini, the pianist Kristian Bezuidenhout and the Basel Chamber Orchestra is intended as a thank-you to everyone who has been and is committed to fighting this disease. Apart from a love of music, what prompted you to organise such a concert?

Dr. Urs Herzog: If you do something good, then something good also grows from it. 2015 marks the 30th anniversary of Rotary’s fight against polio – reason enough to organise something unique. In the past, for example, we have sold sachets of sunflower seeds or key-finders through Rotary and collected 1.2 million Swiss francs with the donation campaign. Rotary has now been fighting this disease for almost 30 years and it’s about time something were done that donors can simply enjoy.

The benefit concert on 1 November, 2015, at the KKL is not free. The concert has been made possible by sponsors. This means that every concert-goer can be sure that the entire ticket price will be ploughed into the End Polio Now programme. Tickets will be available from spring 2015 for 50 to 150 francs and everyone is welcome. I’m particularly happy that so many musicians are waiving their fees – above all star conductor Giovanni Antonini – as their contribution to the fight against polio.

Xecutives.net: Dr. Herzog, thank you for this interview. We wish you all the best for End Polio Now and the concert at the KKL!